The Canadian dollar could benefit in the near future from a potentially imminent offer from the Bank of Canada (BoC) to passively reverse its pandemic-inspired broadening of its balance sheet, according to Credit Suisse strategists.

The Canadian dollar rose against the Japanese yen and Swiss franc in the week through Wednesday, but was otherwise an underperformer within the G10 major currency contingent after the USD/CAD pair lagged slightly. rose amid an easing in many other U.S. dollar exchange rates.

The Loonie’s sluggish performance follows last Friday’s report of a bigger-than-expected decline in employment and an earlier decision by the Bank of Canada to pass up a January opportunity to start raising its rate. exchange rate, although some strategists say the Canadian dollar is likely to find its feet again before long.

“Market attention on the BoC’s balance sheet reduction plans is likely to intensify in the coming weeks. Due to the relatively short average maturity of its bond holdings, the BoC is expected to have a much faster pace of balance sheet reduction than any other G10 central bank. We suspect this may add interest rate support for the CAD,” says Alvise Marino, FX strategist at Credit Suisse. 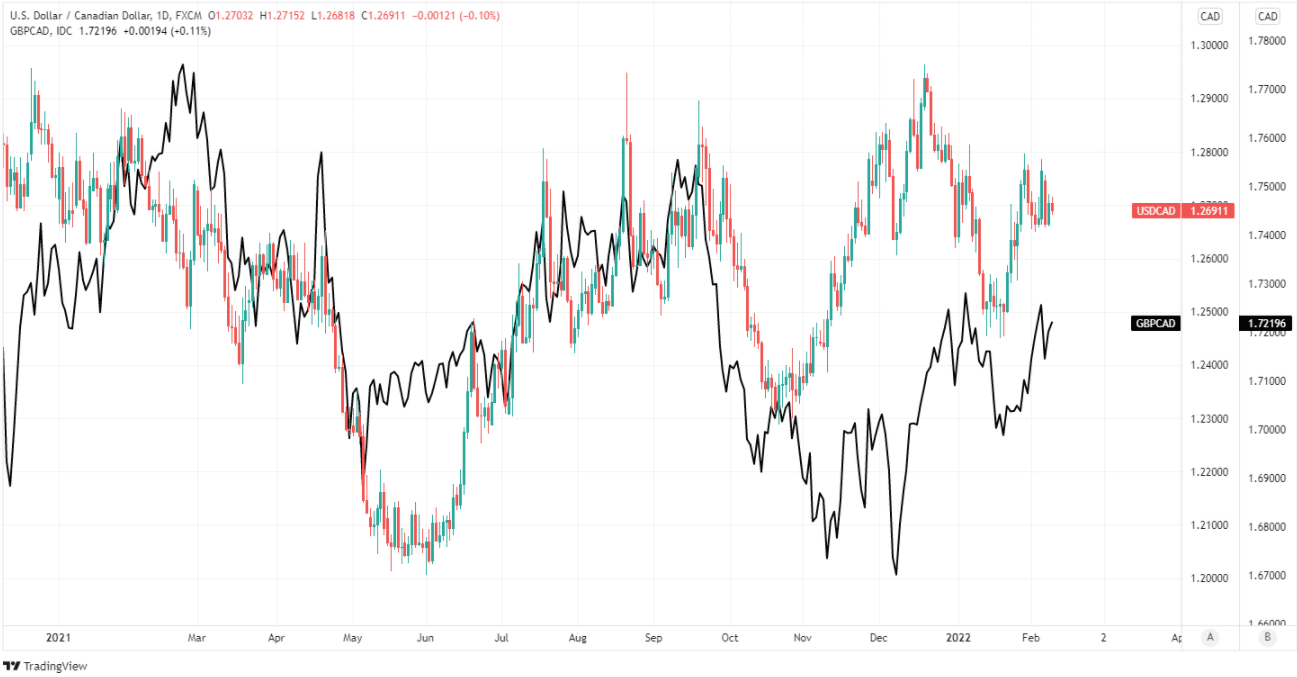 Above: USD/CAD displayed at daily intervals alongside GBP/CAD.

Marino and his colleagues pointed to the recent announcement of a speech scheduled for February 16 by Deputy Governor Timothy Lane as an indication that the BoC may be about to begin reducing the size of its government bond portfolio. Canadian dollar, which would potentially have positive implications for the exchange of the Canadian dollar. rates.

“The timing of the announcement is in our view quite interesting in light of Governor Macklem’s comments, particularly with market prices in rate hikes from the next rate decision on March 2, with no reaction from managers so far,” Marino and colleagues wrote in a Tuesday note to clients.

“The BoC also has a habit of announcing balance sheet policy decisions in advance, for example when it presented a roadmap to reduce QE in a speech by Deputy Governor Gravelle on March 23, 2021, before officially starting to reduce asset purchases at the next rate decision,” they added.

The Bank of Canada bought more than 40% of all Canadian government bonds in the market between the announcement of its first quantitative easing program in March 2020 and its earlier than expected end in October last year.

Secure a retail exchange rate between 3 and 5% higher than that offered by major banks, learn more.

The quantitative easing program was announced the same month the BoC cut its cash rate from 1.75% to 0.25% and has been a key pillar of its efforts to help businesses and households weather the storms. economic shutdowns and social distancing measures used in the attempt to contain the coronavirus.

But the bank has often said in recent months that its monetary support will likely be withdrawn again in the near future.

This would mean a potentially imminent pivot by the Bank of Canada to a process known as quantitative tightening, under which the Bank of Canada would stop reinvesting the monies it receives each time an existing bond on its balance sheet hits its due date.

Credit Suisse strategists suspect this could be helpful for the Canadian dollar due to the bullish impact it would likely have on Canadian government bond yields. 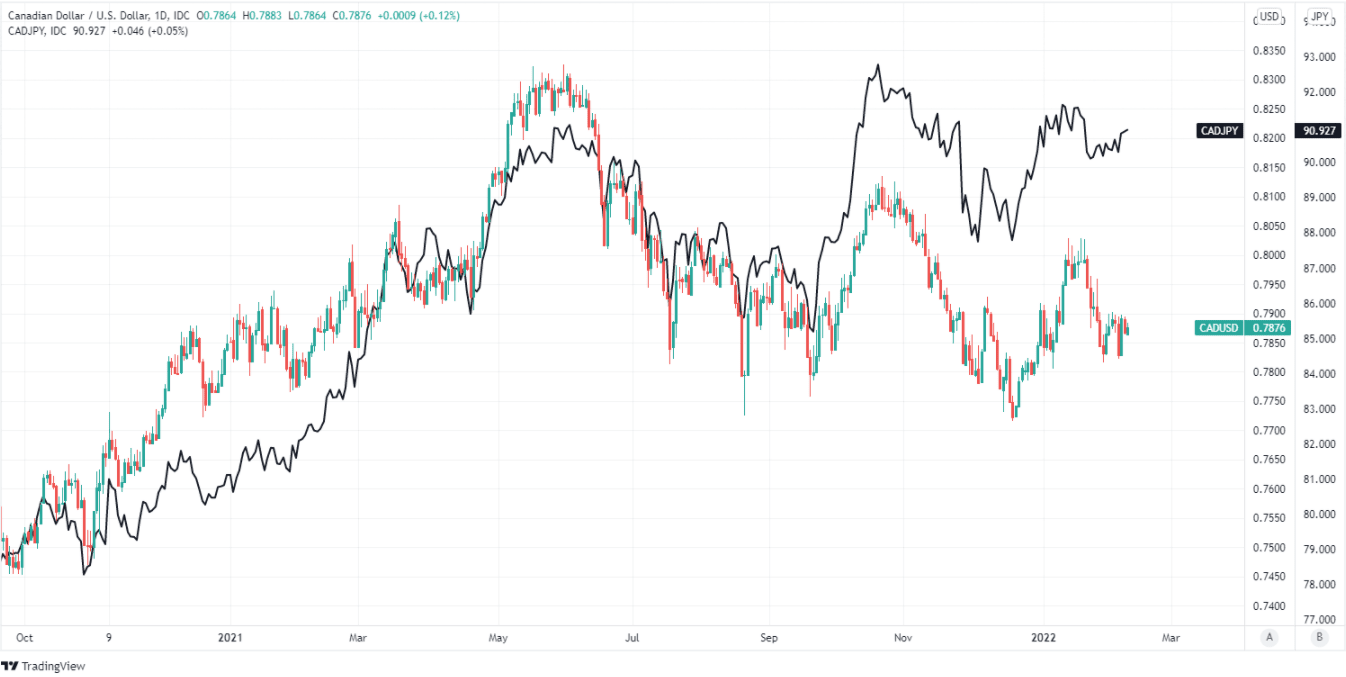 Above: CAD/USD displayed at daily intervals alongside CAD/JPY.

“While we continue to target 1.25 for USDCAD in the first quarter, we now see less attractive risk-reward in selling EURCAD rallies in light of the sharp shift in ECB policy during the last week’s policy decision, and would prefer to express our bullish views on the CAD in the CADJPY cross, where we are targeting November 2021 highs around 93,” Marino and colleagues say.

Part of the reason Marino and the Credit Suisse team see quantitative tightening benefiting the loonie is the high concentration of the Bank of Canada’s holdings in government bonds with maturities of three years or less.

This means that the bank’s balance sheet would shrink rapidly following any decision to stop reinvesting matured assets. And much more than is the case with the Federal Reserve and the Bank of England.

“One of the key possible risks, in our view, is that the prospect of a much faster pace of balance sheet depletion in Canada could lead markets to see less need for aggressive policy rate hikes by the Bank of Canada. We recognize this risk, but for now we see it as less pressing as still high levels of inflation remain firmly in the spotlight,” Marino warned on Tuesday.