Wall Street closed sharply lower on Thursday as investor sentiment slumped on concerns that the Federal Reserve‘s interest rate hike might not be enough to rein in soaring inflation.

At the closing bell, the Dow Jones Industrial average was down 1,093 points, or 3.12%, its biggest one-day drop since the COVID-19 pandemic began in March 2020.

The sharp sell-off erased gains from the previous day, when markets rallied after the Federal Reserve signaled it would not consider future interest rate hikes of more than half a percentage point.

“Chair Powell’s and the Fed’s ability to orchestrate a soft landing came into question somewhat this morning once the market saw another example of the strong inflationary pressures we are facing,” said Jim Barnes, Director of Fixed Income at Bryn Mawr Trust. in Berwyn, Pennsylvania. 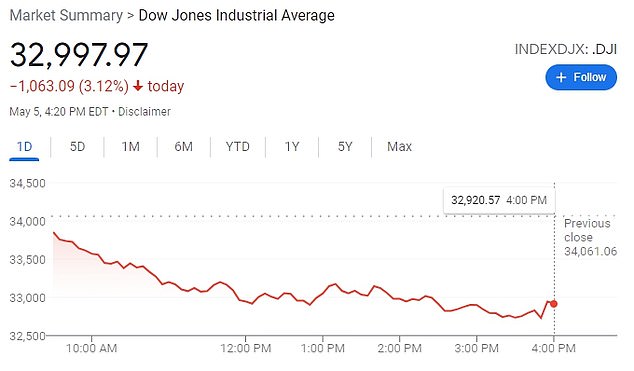 At the closing bell, the Dow Jones Industrial average was down 1,093 points, or 3.12%, its biggest one-day drop since the COVID-19 pandemic began in March 2020.

A report released Thursday morning showed that U.S. worker productivity fell at its fastest pace since 1947 in the first quarter, while unit labor cost growth accelerated, a sign that rising wages will continue to drive high inflation.

In another warning sign of inflation, crude oil prices rose to their highest level since March, hitting $111 a barrel, as the European Union outlined plans to ban imports of Russian oil.

The sharp reversal in markets follows a rally from the Federal Reserve’s decision on Wednesday to raise its benchmark interest rate by half a percentage point as it tries to tackle still-high inflation.

The central bank also reassured investors that it was not considering even bigger rate hikes in the coming months, pushing the Dow Jones up 900 points at the closing bell on Wednesday.

However, on Thursday, sentiment seemed to change and markets were dominated by fears that the Fed’s gradual rate hikes were not enough to bring soaring inflation under control.

The consumer price index rose to 8.5% in March from a year ago, and new April inflation data is expected to be released next week.

Tech companies posted some of the biggest losses and weighed on the wider market, reversing from the strong gains they had made the day before. Apple fell 3.4% and Microsoft 3.9%. 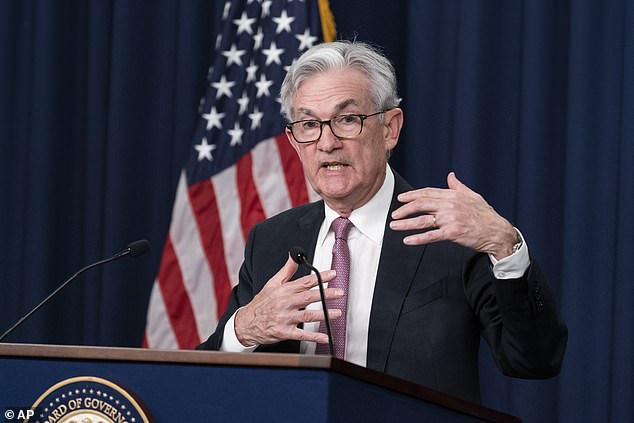 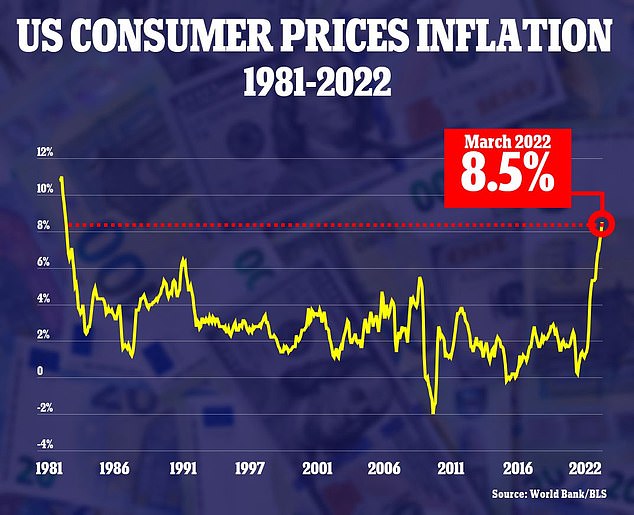 The consumer price index rose to 8.5% in March from a year ago, and new April inflation data is expected to be released next week.

Energy stocks held up better than the rest of the market, with US crude oil prices rising 1.4%.

European governments are trying to replace energy supplies from Russia and are considering an embargo.

OPEC and allied oil-producing nations decided on Thursday to gradually increase the flow of crude they send around the world, easing pressure on oil prices.

Rising oil and gas prices have contributed to uncertainty hanging over investors as they try to gauge the impact of inflation on businesses, consumer activity and overall economic growth.

On Thursday, the national average price for a gallon of regular gasoline was $4.25, up 11 cents from a week ago, according to the AAA Gas Price Index. 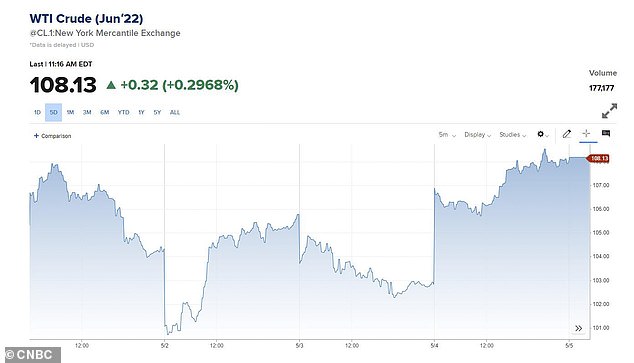 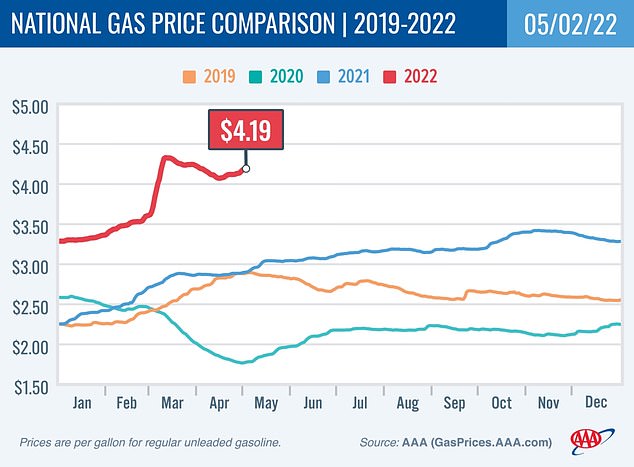 “As long as supply remains tight, it will be difficult for crude oil prices to come down and consumers in turn will have to deal with higher prices at the pump,” said Andrew Gross, spokesman for the AAA.

“It now costs US drivers about $23 more to fill up than it did a year ago,” he added.

Rising gasoline prices spur inflation across the economy by increasing the cost of transporting goods and reducing consumer spending by gobbling up a larger percentage of workers’ paychecks.

The Fed’s aggressive move to raise interest rates has investors wondering if it can pull off the delicate dance to slow the economy enough to halt high inflation, but not so much as to cause a downturn.

The pace and magnitude of interest rate increases are closely scrutinized.

The Fed’s latest decision to raise interest rates by half a percentage point was widely expected.

Markets stabilized this week ahead of the policy update, but Wall Street feared the Fed might decide to raise rates by three-quarters of a percentage point in the coming months. 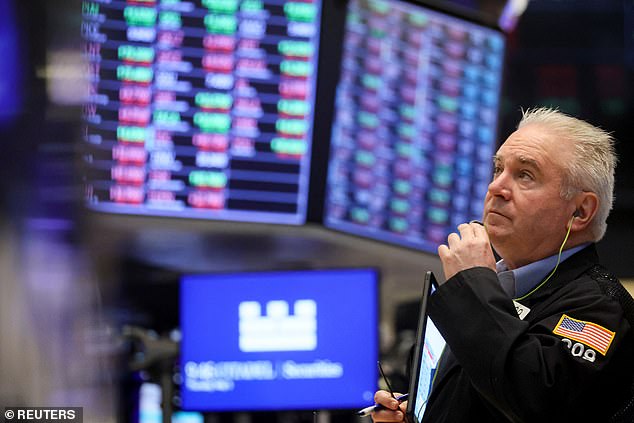 Fed Chairman Jerome Powell allayed those concerns, saying the central bank is “not actively considering” such an increase.

The central bank also announced that it would start trimming its massive $9 trillion balance sheet, made up mostly of Treasury bills and mortgage bonds, from June 1.

The Bank of England raised its benchmark interest rate to the highest level in 13 years on Thursday, its fourth rate hike since December, as UK inflation hit 30-year highs.

The latest corporate earnings reports are also closely watched by investors trying to get a better idea of ​​the impact of inflation on the economy.

Twitter rose 3.6% after Tesla CEO Elon Musk said he had gained more support for his takeover bid for the company.

What is renewable use and how to ...